Paradise Canyon, known as “Box Canyon” in the late 1800s, runs the edge of the northwest region of San Antonio. This section of the river has been affectionately called “Paradise Canyon” since the fishermen found it in 1957. Still relatively untamed and natural due to the rugged terrain, this Hill Country area has remained largely undisturbed. Castroville to the south and Medina Lake to the north offer tremendous opportunity for history and exploration. So, come walk back in time.

In a way, the remoteness, peculiar approach, confrontational bluffs and blue-green water against the sculpted stone formations suggest an other-worldliness. These captivating features make Paradise Canyon hard to find and even harder to leave. So, come revel in the awe-inspiring beauty.

Sure, we’d like you to tell others about us because all this beauty is worth talking about – but, at the same time, we don’t. This Eden of the Hill Country had been preserved by its naturally created barriers, but paradise was bound to be found eventually. We’d like you to come for quality time. Come ready to hold a hand, tell a story to your children, and build a fire; then, sit and listen. “OUR STORY begins at the time when Texas won its independence from Mexico and organized as the Texas Republic. When Texas emerged on the scene as a sovereign power, it found itself in the possession of a vast area of land and resources… It was at this auspicious time that Henri de Castro. Mr. Castro, who in later years was to be known as the founder of Castroville and a great colonizer of Texas, was of Jewish ancestry… born in 1786…” Ripples from Medina Lake Rev. Cyril Matthew Kuehne, S.M. Pg 1

“Trust in God and Castro.” 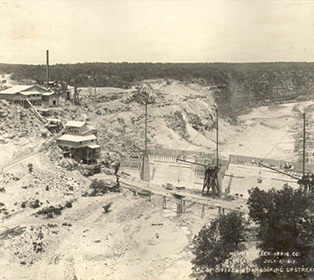 Henry Castro selected Medina River Valley as the choice for his colonization effort from France. His vision of harnessing the river for irrigation and its resources was made manifest with the Medina Dam, a diversion dam, and the many miles of canals that irrigate crops and consequently feed us. These were realized by the efforts of Dr. Fred Stark Pearson, Terrell Bartlett, Clint Kearny and many others.

An interview with Ed Zizelman, a paradise Canyon founder: “It’s always been known as ‘Paradise Canyon’,” Ed Zizelman, 78, said. His mother and father, Josephine and Edward John Zizelman, started to allow camping after 1945. Josephine operated the store and gas station at Cliffside – above the bridge, near the old town of Red Wing – and acquired Paradise Canyon from a New York company’s holdings left over from Medina Dam construction project.

From memories of smoked deer sausage, to the vegetable garden and workshop, to Uncle Alfred’s BBQ pit, to the old telephone number KE82097 where there was a party line to folks up the hill, Paradise Canyon was the home to many a good time – home also to many a fish, deer and an old white ram that lived on the bluffs.Originally, the Zizelmans offered “power” to the campsites. This was accomplished by screwing rented light bulb into the empty socket above your site – pretty novel. Recalling his fishing exploits, Ed said, “talk about bass: fifteen to twenty of ’em at a time.”

Generations of families have visited Paradise Canyon. Once young children, now adults with children of their own, return with fond memories and stories of their own. 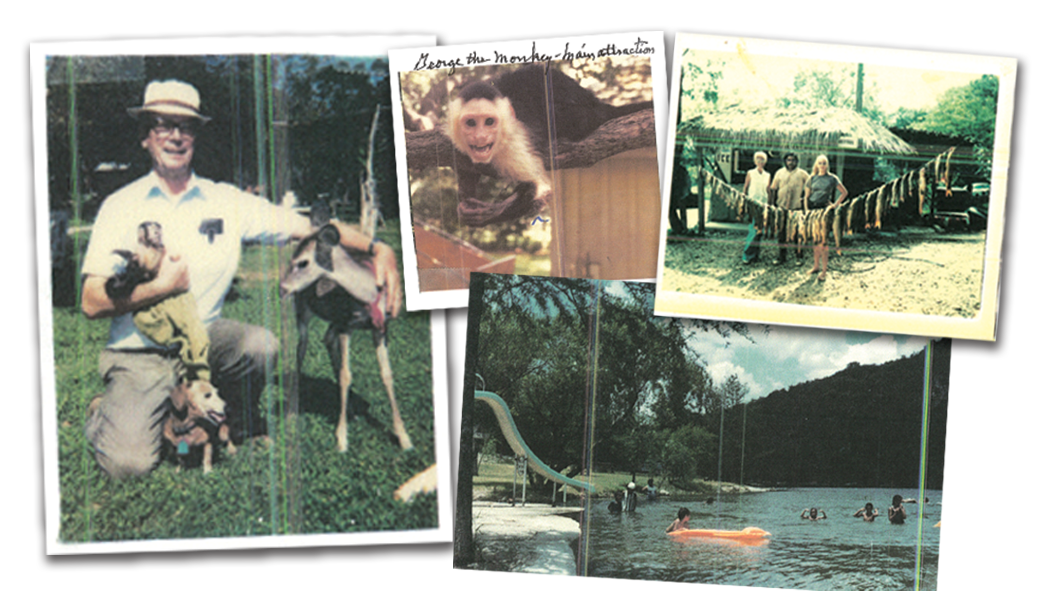 Most of these stories came about during the management of Dr. Frank and Miriam Huster. From the 1970’s to the early 1980’s, many an improvement to the property was conducted with the inspiration of the late Miriam Huster. Dr. Huster, being a veterinarian, had peacocks, a monkey and even a macaw in Paradise Canyon.

It’s been said the monkey smoked cigarettes and might even bite you! 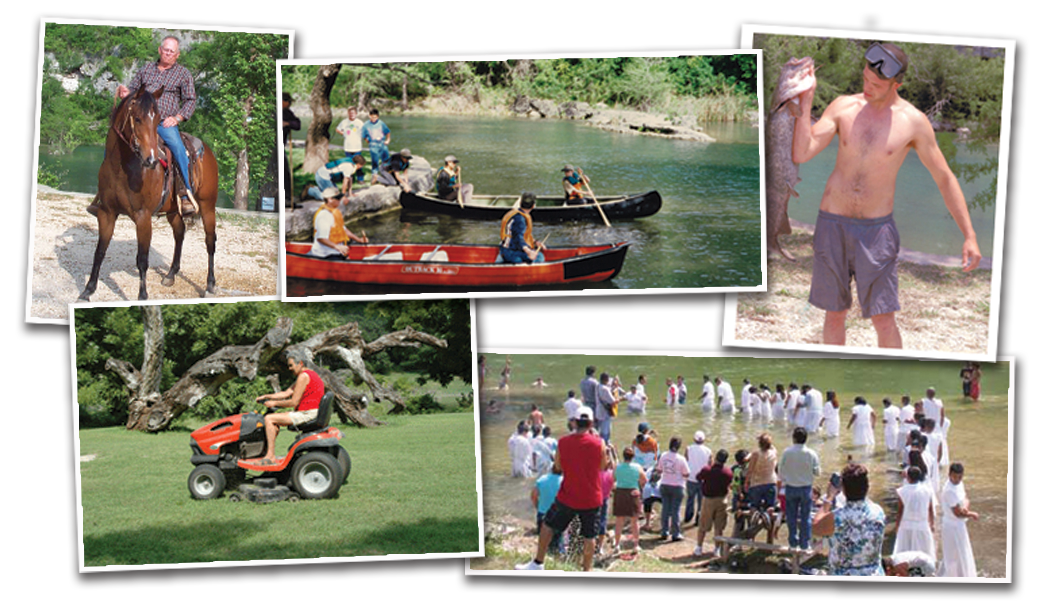 In the 1990’s Stanley and Nancy McDonald really developed the property and shared the shore with swimmers and picnickers alike. They built Paradise Lodge that now stands as the central building on the property.

Stanley and Nancy would feed the fish and swap stories with their regular visitors. Those include the Noriegas: Joe caught a 13-lb, 6-oz large mouth bass in 2000!

The McDonalds allowed the Boy Scouts to come to Paradise Canyon, and most welcome of all was Troop 471 with Ernie Lerma’s leadership. Troop 471 boasts many Eagle Scouts and has shown many young men how to respect the outdoors as well as survive in it.

The McDonalds also began to bless churches with group activities and outings such as group campouts and baptisms. The heritage of sharing the Medina River with others and letting Paradise Canyon whisper continues, so come water your soul.

Now, Paradise Canyon has been under new management since 2006. We are about faith and family, Texas and our Godly Heritage, sanctified time, and allowing Paradise Canyon to bless all who visit. Come jump into God’s swimmin’ hole and water your soul!

Camping available all November including Thanksgiv

Our Silo is sweet!

Cozy Cabins available this weekend in Paradise Can

Hoping for this beauty again in a few weeks. #Sen

Love this tent! Camping available for your family

Meet our Zebo! Perfect for morning coffee or suns

Fall Color paints the Canyon in a few weeks. Stil

Plan your Mama’s Day Out with us! The Canyon is